Of all the vital organs in the body, the one that suffers the most abuse from modern dietary habits is the colon. Our colons were intended by nature to function as smoothly flowing sewer systems, in order to promptly flush digestive wastes from the body.  Instead, they have become stagnant cesspools, the physiological equivalent to a festering pile of uncollected garbage or a broken toilet that continues to be used for defecation. The average American male colon today carries within it about 5 pounds of putrid, half-digested red meat, plus another 5 to 10 pounds of foul toxic waste impacted for years in the folds of the colon with mucus.

Why does toxic waste from bad food taken in wrong combinations accumulate in the colon?  V. E. Irons explains this in his newsletter as follows: 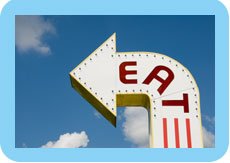 “When food that is not wholesome or is harmful to the body reaches the stomach, word is immediately sent from the stomach to the mucus manufacturer, warning, ‘Get busy, the enemy is on the way!’ We know that mucus starts to be produced immediately and the colon is lined with it. 12-18 hours later, when the poisoned or harmful food from the stomach finally enters the colon, the latter is well prepared with a layer of mucus lining it, so that the body does not absorb any of the poison. Were this to happen once or even several times a month, this mucus, having been used, would disintegrate and slowly be discharged from the colon with no harm done.

But it is now certainly apparent that nature never intended that protective mechanism to be used as continuously as it is today. The result is that layer on top of layer is secreted until its accumulation thickens to 1/8″ to 1/4″ thick. Sometimes this layer or layers gets to 3/8″ to 1/2″ in thickness, becoming as hard and black as a piece of old hardened rubber you see on a highway, torn from a truck tire.

We have had specimens preserved in alcohol from several inches to a few feet in length, while the longest we have had was 27 feet, in one piece. Sometimes it will come out as a pile weighing as much as 11 pounds and continuing to come out for several days to a week.

Even the United States Health Service, in a rare display of candor, admitted several years ago that ‘over 90%’ of Americans are walking around with clogged colons.  Irons cites the experience of one of the most famous and highly respected surgeons in American history, Dr Harvey Kellogg of Battle Creek, Michigan, who wrote, “Of the 22,000 operations I have personally performed, I have never found a single normal colon.”  And that was back at the turn of the century, long before American eating habits had become completely  corrupted by processed, denatured foods as today.  As Irons puts it,  “About the only place you see a normal healthy colon today is in an anatomy book!”

What goes in must come out- eventually.  In the meantime, it can fester inside for years and cripple or even kill you.  Toxemia is the real culprit in almost all chronic diseases and degenerative conditions. It explains, for example, why under precisely the same conditions of exposure some people ‘catch’ colds and other contagious diseases while others remain completely immune. It is not the ‘germs’ that are at fault, as Louis Pasteur claimed, for germs of all sorts float constantly on the air and enter our food and water at all times. It is the lack of normal resistance due to auto-intoxication of the bloodstream that opens a ‘window of vulnerability’ in the body and permits germs to invade.

Anyone who consistently breaks the laws of nature will ultimately be sentenced to chronic disease and early death by Mother Nature. No type or quantity of drugs, surgery, or other remedial medical care can save you from the self-imposed death-sentence of auto-intoxication. The only way to win a reprieve is by ‘good behavior’, which means thoroughly reforming your bad habits and ‘cleaning up your act’.

However, it is an illusion to believe that you can clear out these fetid obstructions and purge the imbedded toxins from your colon simply by eating bran, raw vegetables and other fibrous foods. Bran and raw vegetables are so rich in fibrous bulk that they cannot get through the tiny holes remaining for passage of feces in most colons. Instead they back up, fester and contribute further to the problem. It’s pointless to embark on a major new dietary program until you have first flushed all the accumulated, impacted debris and poisonous residues from your former dietary habits out of your digestive tract. There is only one way to do this and that is by fasting and flushing out your colon with colonic irrigations. When you put new oil into your car engine, you don’t just pour it on top of the old filthy oil, but first drain the old stuff out. The least you could do is treat your own body with the same respect and care you give your car.

As V. E. Irons says: “You will probably continue with wrong combinations of food as long as you live and so will continue to need a series of colon cleanings.”  In his book, Colon Health: The Key to a Vibrant Life, 116-year-old Dr Walker is
equally adamant:

“The elimination of undigested food and other waste products is equally as important as the proper digestion and assimilation of food . . . The very best diets can be no better than the very worst if the sewage system of the colon is clogged with a collection of waste and corruption.” 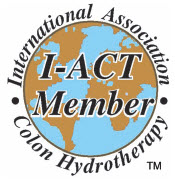